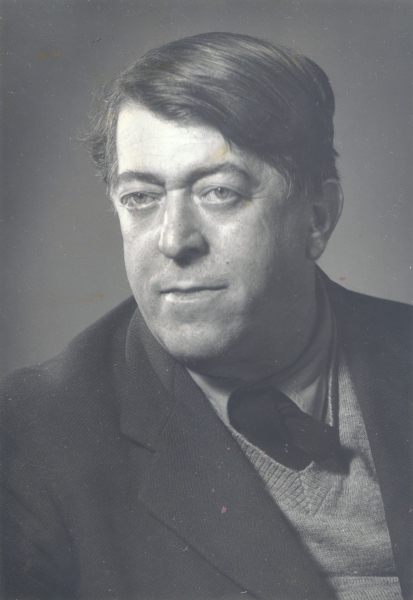 Alexander Bercovitch was born in 1891 in a small harbor town near Odessa in Ukraine. He will be known as the father of Jewish painting in Montreal. His first contact with art happened when a community of Ukrainian monks offered him his first painting tools. From the age of 15, his talent was recognized in his native region, he was especially known for his theater sets and costumes. He started his education at the Beaux-Arts of Bezalet in Jerusalem, then studied art in Munch and St-Petersburg.
It is in Turkmenistan where he started to really work on his painting, when he deserted the Tsarist army. His desertion brought him problems with the communist authorities and in 1926 he immigrated to Canada with his family. His radical politic views influenced his whole life and career. He brought his Russian artistic knowledge with him to Montreal. Quickly after his move, he integrated his new environment by taking part in the annual spring exhibit of 1927 at the Montreal Arts Society. His first solo exhibit was in 1933 at the Sydney Carter Gallery. He taught art at the YWCH for 12 years and was known for his role as critique toward the second and third generations of Jewish artists in Montreal. ‘’Laurentian Snow Scene’’ (1938) and ‘’Gaspé: Cliff and Sea’’ (1940) were amongst paintings that contributed to his renown. His style was qualified as lively and energetic and his form and colors were of expressionist intensity. He used multiple mediums: pastel, gouache, watercolor and oil paint.
He was one of the founding members of the Contemporary Art Society and of the East Group, formed by nomadic artists in responses to the Group of Seven, which was devoted to Canadian Nationalism. His legacy might be substantial, but he will have lived precariously his whole life, in Russian as well as in Montreal, at a time where the art market was very conservative and cautious. He died abruptly of a heart attack while waiting for the tramway on his way to his first exhibit in 10 years, on January 7, 1951.