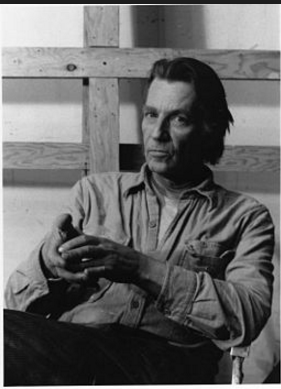 Edmund Alleyn was born in Québec City in 1931. He studied at the Québec Academy of Fine Arts, alongside Jean-Paul Lemieux and Jean Dallaire.

Art historians qualify him as a unique artist, not belonging in any existing category. In 1955, he moved to Paris, where he explored abstract art, which he quickly abandoned. He was part of the avant-garde movements, and his style was constantly evolving. He came back to Montréal in 1971, and it is from then that his career as an artist rose to its highest. In this period, he painted a series of characters on transparent acrylic boards. Throughout his career, he was inspired by American Indian art, the city and technology. He exhibited in numerous museums in Québec, Ontario and New York. Aside from his work as an artist, he also taught at the Ottawa University for 15 years.

During his whole life he kept pushing his art further, exploring and developing new techniques. He passed away in Montréal in 2004.