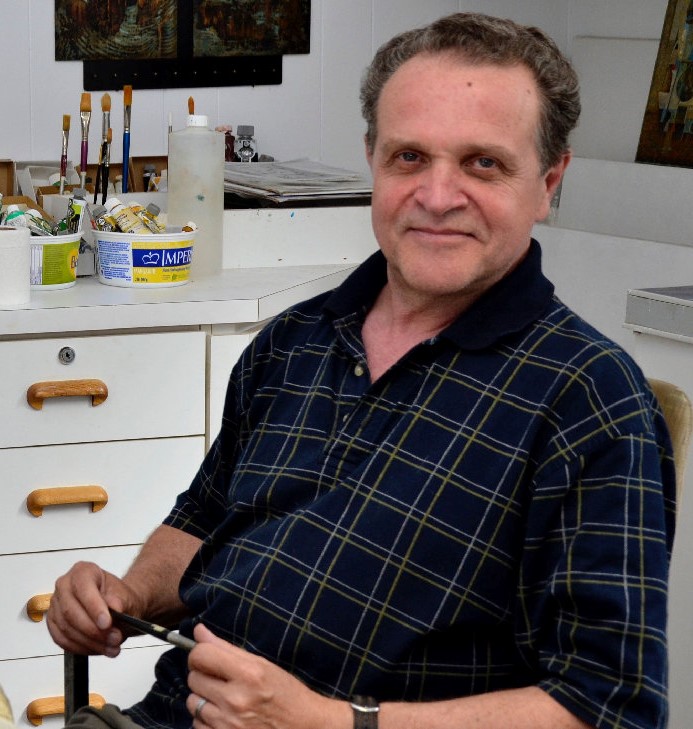 Armand Coté is a Canadian artist born in 1951 in Saint-Sylvestre, Québec. His early days were spent on the family farm growing up in a family of ten children. Armand was 10 years of age when he moved to St Roch in Quebec City. Early on, he met some very passionate people and at the same time discovered his interest in the Arts.
After having studied Graphic art at Studio 437 and a brief term at Laval University, he began his professional career in 1974.He took part in various artistic events and cultural exchanges both in France and the United States, winning prizes and being shown in well respected Art Galleries such as: the Webster Gallery in Calgary, Odon Wagner in Toronto, Walter Klinkhoff in Montreal Zannetin in Quebec City, Yves Desgagnés in Baie Saint-Paul and Bernard Laroocque in Rimouski. Since 1974, he lives principally from his art and he exhibited in many prestigious galleries throughout Canada.
All through out his life, the artist touched on a variety of artistic periods and movements, self-taught he was constantly in search of a modern vision to express his work- figurative art which encompassed representations of musicians, dancers and gymnasts. Inspired by their graceful gestures and the fluidity of their bodies. His subjects also included animals and still life, somewhat like a theatrical scene. The guiding eye open the door to artistic expression.
Above and beyond the subject matter, he evoked action in gesture and bodily movement and the overall effect of positioning his subject in order to create a unique composition.