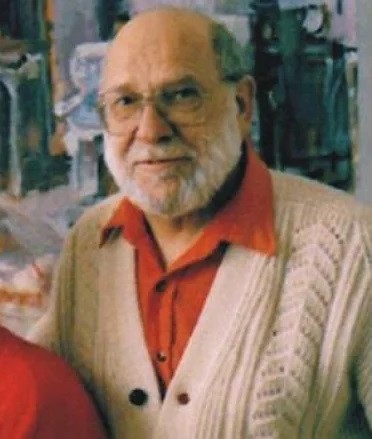 Born in Poland in 1923, Bronislaw Josephus “Bruno” Bobak immigrated to Canada in 1925. At the age of thirteen he began Saturday morning art classes in Toronto under Arthur Lismer and later studied at the Central Technical School. In 1942, he joined the army. He won first prize in the Canadian Army Art Competition and was shortly thereafter appointed as an official war artist. He and his wife, fellow artist Molly Lamb Bobak, settled in Ottawa after the war, where Bruno continued to work as an artist. They moved to Vancouver in 1948 where he taught at the Vancouver School of Art. In 1960, he and Molly moved again to Fredericton, New Brunswick, where they would remain until Bruno's death in 2012. He was first a resident artist at the University of New Brunswick, then from 1962, Director of the University of New Brunswick Art Centre.

Bruno Bobak participated in more than two hundred and fifty group exhibitions and has had more than eighty solo exhibitions.