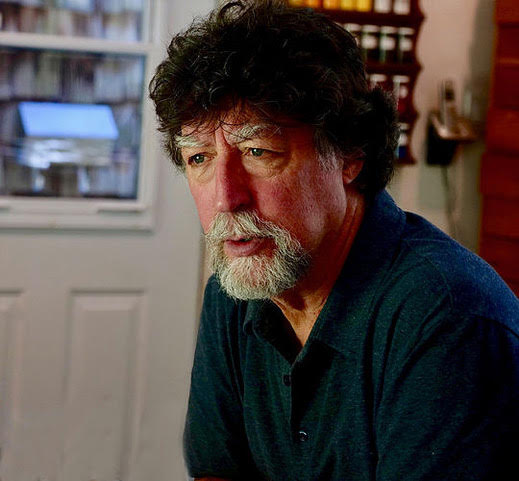 After finishing his studies at the Fine Arts School in Québec City in 1971, Carol Poulin has never stopped practicing and honing his craft. His numerous exhibitions both as a solo artist or in a group between 1972 and 2004 testify to his creative passion.

His dedication to his work earned him the Albert-Rousseau prize in 1990.

Since 1982, parallel to his production, he has worked in earnest in the restauration of painting from different eras- from the XVII th Century to the present day, works which can be found in Public Institutions, Churches, galleries and private collections.

His relentless research into the world of restauration techniques, participating in various conventions and seminars on the subject and working with other artists from the Québec Conservation Centre juxtaposed with his professionalism in executing the various projects over a long period of time have brought him well deserved recognition in the field.

Among his major projects, we find the collaborative restauration of the works by Ozias Leduc (Saint Hilaire Church) and those of Antoine Plamondon (Saint Charles- Borromée, the Cathedral at Jolliet and the church at Saint Luce-sur-mer). He has also restored the paintings from XX TH Century Québec artists such as Paul-Emile Borduas, Mars-Aurele Fortin, Jean-Paul Riopelle and Fernand Leduc.