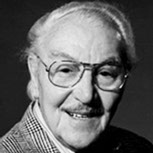 1908-2001 Born in Montreal on September 1, 1908, Iacurto early manifested remarkable aptitude for drawing as from the age of thirteen, he exhibited at the National Monument. He studied drawing in 1922 under the direction of Edmond Dionet. At fourteen, he will be the youngest student in the School of Fine Arts in Montreal, which opens in 1923

He made the acquaintance of Jean-Paul Lemieux and will be in the same class as Paul-Émile Borduas and Sylvia Daoust. In 1927, Iacurto wins several awards and in 1928 received his teaching degree. In 1929 he won a scholarship to study in Paris. In 1938 Iacurto settled permanently in Quebec and began a series of portraits. He traveled to France in 1953 and Italy in 1956, where he painted the Vatican Gardens, and Greece in 1964 when, at the request of the Canadian Ambassador Antonio Barrette, he made several paintings of the city of Athens.

Between 1965 and 1974 Iacurto taught painting and was elected member of the Royal Canadian Academy. In 1974, he devoted himself entirely to his art and Professor Maurice Lebel makes him special tribute in his book Memories including Robert Choquette signs the preface. In 1988, when he celebrates his 80th birthday, a retrospective of drawings Faces intimate is at Université Laval and a biography of Iacurto is written by Robert Baumgartner.

His works are exhibited at the Museum of Quebec, the National Gallery of Ottawa, the Canadian Senate, the Parliament of Quebec, Old Quebec Seminary, at the Citadel at the Hotel de Ville de Québec and at Laval University . He died in 2001 in Sainte-Foy at the age of 93.