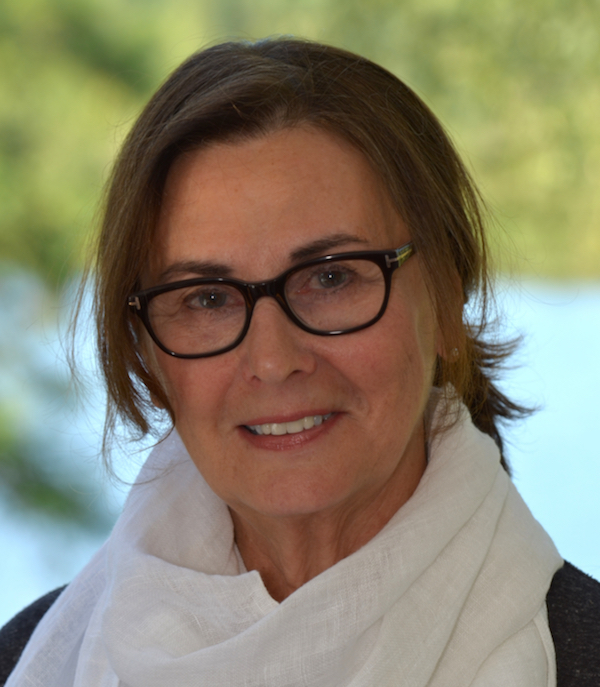 Margo Genest was born in 1950 in the small village of St-Nicolas in the Centre-du-Québec region. At a young age, she studied piano and violin and the Conservatoire de musique et d’art dramatique du Québec. The family environment in which she grew up naturally brought her to develop her creativity. As an adult, she lived for almost 20 years in the north of Québec where she was inspired by the beautiful boreal landscapes. In 1990, life brought her back to the city, where she discovered sculpture at the Saydie Bronfman School of Fine Arts in Montreal.

The classical education she received helped shape her habit of constantly looking for the essence of things, events and people. She applies it in her work, creating pieces that are refined and symbolic. Sometimes, they depict the fundamental elements of the universe: water, fire, air and earth; sometimes, they plead for the environmental case. Margo Genest’s sculptural universe is inhabited by her current life environment, which is the mountains and lakes of Charlevoix in Québec. The defining trait of her work is the use of simple lines that inspire both simplicity and abundance.

Her minimalistic style brings her subjects back to their essence. The pieces “Une goutte en partage” and “Glacier” suggest the moving reflection of a vital element, water, which appears in different shapes to every person.
More recently, she has developed a new technique using tin, a material she likes for its luminous and crystalline effects that are enriched by a process of patina and polishing. Her recent work reflects her lifestyle which is full of light and intensity. Bronze has also always been part of her production.

Margo Genest exhibited in numerous European countries. She also exhibited in Los Angeles in 2011, where she represented Québec in the international event “Québec in Hollywood”, which had the objective of promoting the Québec culture abroad.

In 2018, for the G7 Summit in Charlevoix, Margo Genest was chosen by the Canadian government to create art pieces that would be given as diplomatic presents to the representatives of the leaders of the G7 member countries.