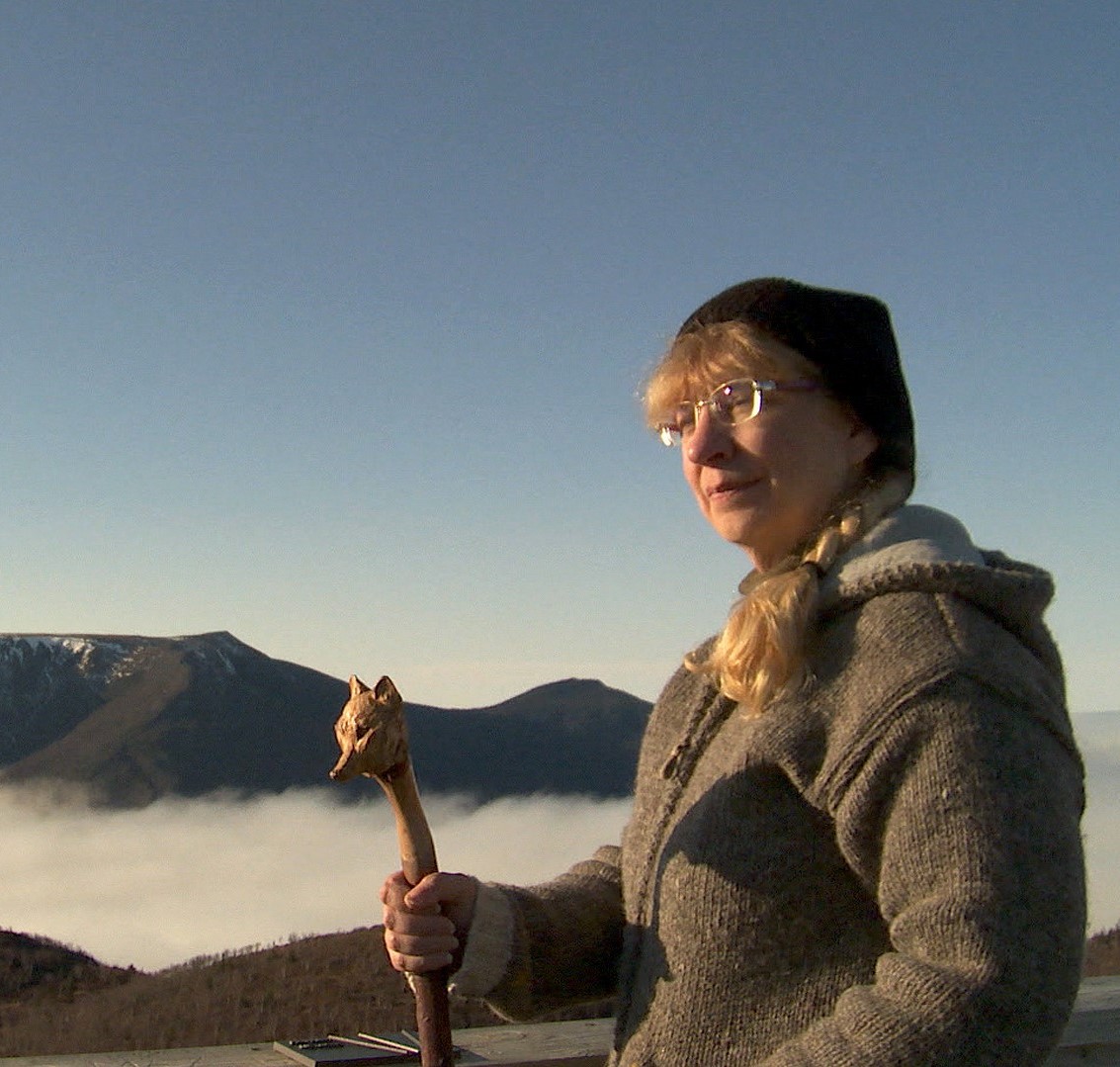 Gisèle Benoit, a naturalist artist, author and documentary producer who is passionate about wildlife and their habitat is well known for her art and research both at home in Canada and on the World stage. Along with her father Raynald a cineaste and producer and her mother Monique also a wildlife artist, her public offerings include exhibitions in galleries and museums as well as books and documentary films.
Born on December 22ed 1960 in Saint-Jean-de-Baptiste-de-Rouville, Québec, she has shown great artistic talents from an early age onwards in the area of wildlife. In 1977, she received a grant from the Canadian Naturalist Federation, her perservance, efforts and artistic vision have earned her acclaim and the attention of many collectors. She has experimented with several media such oil paint, gouache and charcoal to express her art.
In 1979, she discovered and the natural beauty of the Gaspé National Park which afforded her the opportunity to further study animal behaviour, which in turn procured her celebrity status on the world stage. Her research lead to astute remarks by Louise Cousineau cornering her approach to wildlife observations akin to those of Jane Goodale and Diane Fossey after the televised documentary in The Companionship of Moose.
From 1995 onwards, many specialized magazine articles appeared concerning her artistic approach to wildlife. She gave frequent interviews on radio and television as her art was the subject of many journalistic stories.
In 1997, a retrospective exhibition of her and her mother’s works was presented at the Musée du Fjord in Saguenay, which was an instant success. The following year, visitors to the Musée de Gaspé were treated to an exhibition entitled, < Les Benoits- Ambassadors of Nature>, this exhibit gave the duo great satisfaction in showing their work to the public.
The conservation of wildlife always took center-stage for Gisèle, as all her professional life was involved in the cause. In paintings, written works and film documentaries, she communicated her message. In 2001 she and her parents realised a long-time dream: establishing a center for the observation of wildlife and living there for at least six months a year in the middle of the forest away from the trappings of modern day. This experience produced a documentary series of 13 episodes < Les Carnets Sauvages>, a homage to a biodiversity which is constantly threatened. In 2008, a year after the series, Gisèle and her parents were among the sixteen co-founders of the Society of Art and Science-Nature (SAS-Nature), a non-profit organization dedicated to the preservation of this unique patrimonial culture and science.