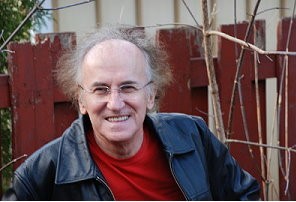 A well renowned Quebec artist, Jacques Poirier, born in 1942, in the Eastern Townships, began drawing at a very early age and painting rapidly drew his attention as means of expression. As an adolescent, Jacques procured his first set of oil paints. Later on his passion became a life long career.

For Jacques, painting rhymes with nature, as a major part of his art involves the interpretation of nature s beauty. We may encounter the artist in different parts of Canada, interpretating the seasons on canvas. His works evoke a special vision of the natural beaty which surrounds us, he will begin a work on site and finish it in his studio.

His unique approach has captured the imagination of a wide audience much to the delight of collectors and art aficionados in Canada and elsewhere. His works are shown in numerous galleries and are in many public and private collections. As well various media describe both his career and his art.

He is a founding member of the Art Studio at the University of Sherbrooke and he has participated in numerous exhibitions throughout Canada from 1976 to 1987, and since 1982 he has had twelve solo exhibitions.