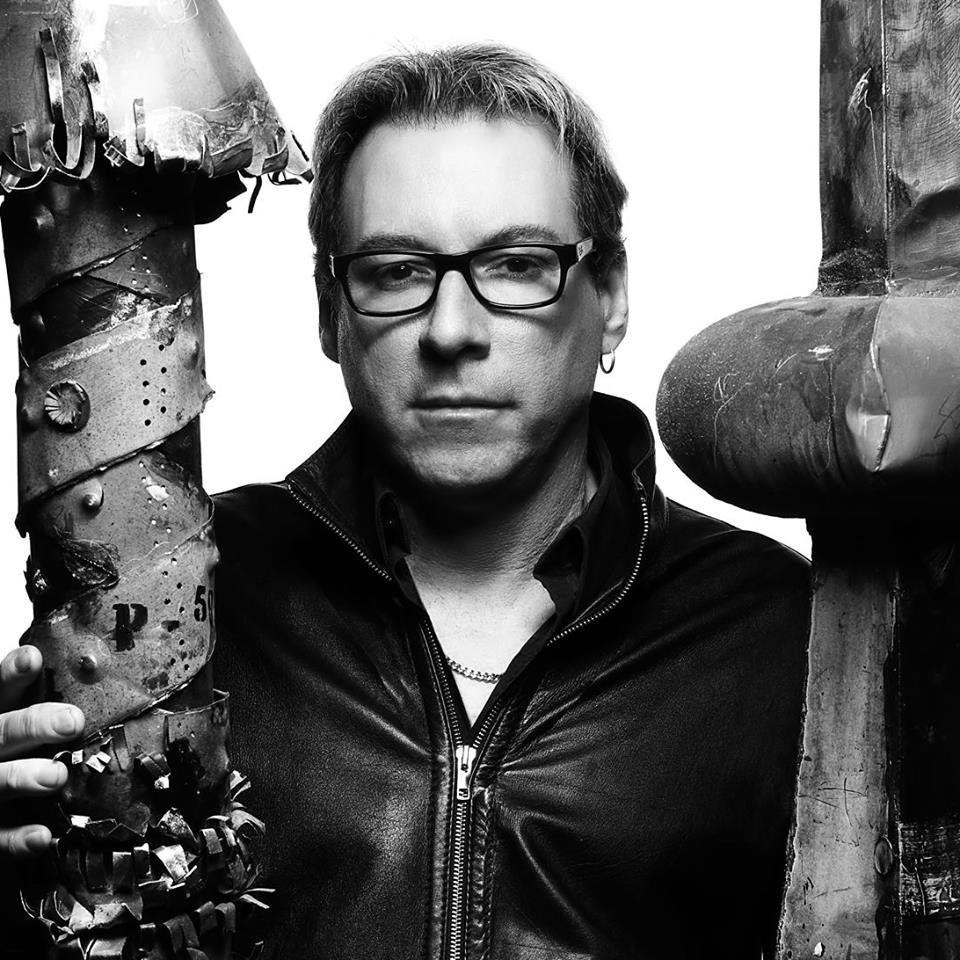 Jean Gaudreau was born in Quebec City in 1964. At a very young age , he shows a definite interest for drawing and painting. This interest prompts him to enroll in classes that will earn him a college degree in plastic arts and a BA from Laval University in 1988. In 1990, Jean Gaudreau embarks on a cultural journey to Europe that will incite him to study the great European Masters.

After exploring several paths, Jean Gaudreau opts for the non-figurative form, a demanding discipline that was then appreciated only by a restricted public. But his unshakeable resolve allows him to persist and follow through with his artistic approach.
In February 2003, after a few individual exhibitions in several art galleries everywhere in Quebec as well as outside the province, Gaudreau is invited to present a solo exhibit in the Cirque du Soleil’s location in Montreal. This magical venue attracts a large umber of visitors and the event marks the beginning of a collaboration with the Cirque.

The years 2009 and 2010 underline another important turning point in Jean Gaudreau’s life. During that time Robert Lepage expresses his interest in projecting works from the painter in the Moulin à images’ presentation. Gaudreau shares the honour with pillars of Quebec’s art such as Jean-Paul Lemieux, Alfred Pellan and Jean-Paul Riopelle.

This participation to the Moulin à images earns him an international exposure since his artworks projected on grain silos located in Quebec City’s old port, will be seen by thousands of spectators.

In the spring of 2010, the artist launches the exhibition Le pied au plancher, thus inaugurating the Banque Nationale Groupe financier’s room at the Palais Montcalm. Quebec City’s mayor, Régis Labeaume, is the honorary president of this event that enjoys a great media exposure. In his speech, Gaudreau underlines the importance of creating new venues for the diffusion of artists’ work.

In 2012, Gaudreau explores the integration of recycled copper fragments originating from the Château Frontenac’s old roof, a centennial jewel of Quebec’s architectural heritage. These recovered copper pieces, oxidized by the verdigris constitute an extraordinary source of inspiration or the artist and represent a major turning point in his artistic progression. The exhibition entitled De fond en comble was presented at the Château Frontenac in October of the same year. The artist also encased a hundred altered pieces of copper hailing from the same roofing. These fragments were folded, remodeled, sculpted and numbered by the artist.