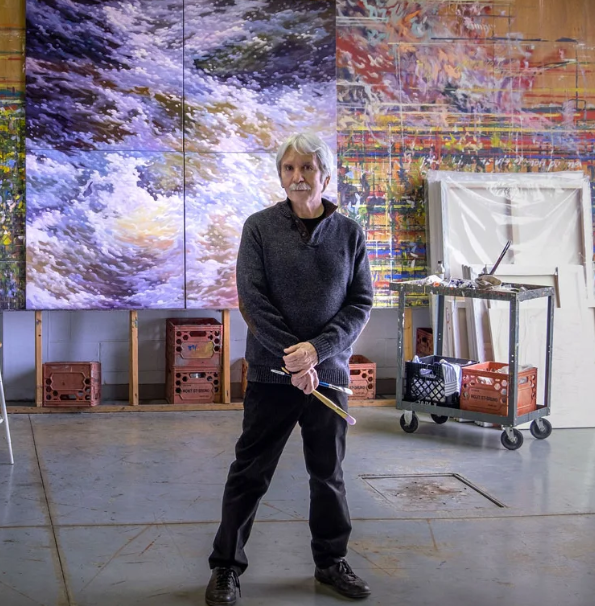 Born into a family where creativity served as a means of expression and sustenance, Michel LeRoux's artistic career spans more than 40 years. An accomplished artist, he lives in perfect symbiosis with nature. Canvas after canvas, he intensely recreates the magnificence of the vegetable and mineral world.

Since 1982, LeRoux has presented 27 solo exhibitions in Canada and the United States. In 1990, Éditions Broquet published, in the Signature series, a book covering the first period of his pictorial production. The recognition of his work is also noted over the years, thanks to several articles dedicated to him. In the cinema, 24 of his paintings supported the plot of the bestseller A Cry in the Night by American novelist Mary Higgins Clark, in a feature film shot in an American, French and Canadian co-production.

A man of forest, sea and rivers, Michel LeRoux is voluble and dynamic. He says it himself: “Sap, salt water and fresh water flow through my veins. I grew up among the trees, but what gives colour to childhood persists throughout life. Nature is my anchor. It's up to me to do my best to pay tribute to it! I, therefore, inherit a lifelong search, thanks to which I will always try to grasp the elusive, to express the inexpressible and to paint the inapparent. “

His artistic approach is a constant renewal consistent with his previous periods of pictorial production. It is a logical sequence, free from categorical breaks, but rather marked by the artist's unconditional love for nature.

Today, the works of the painter Michel LeRoux can be found in private and public collections as well as in several renowned art galleries.