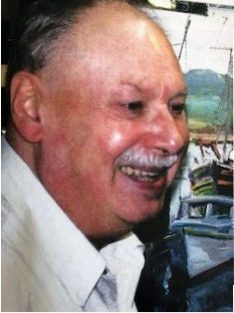 Paul-Henri Duberger was born in Matane in 1939. He began his professional life as a Professor of Psychology at Laval University, but he was also attracted to the arts and, painting. He painted all the while during his teaching career and upon retirement, he dedicated himself full time to his art.
He passed away in Quebec City and is considered to be the last impressionist artist of a group of artists belonging to the school of painters of Quebec landscapes. Guided by Francesco Iacurto RCA and Maurice LeBon, he produced his first brushstrokes. Given his interest for the History of Art, he discovered the renowned artist Emile Gruppe, he departed for the coastal waters of New England to pursue his training. Glouster and the surrounding area greatly inspired his work and he returned annually over several years to further explore the area and produce great works of art. He liked to paint traditional scenes and in his own words, ''one day these images will not be there, and people will remember them through paintings or photographs''. His mastery of colour and his approach to his subjects have charmed art enthusiasts over many decades.

''Paul-Henri Duberger is an Impressionist, and when he paints on canvas or other media, it is an impression, it is what he sees…we can feel his soul in his art. The work is a symphony, a gush of colour flowing with broad and determined brushstrokes. His brushstrokes bring to the forefront his assuredness and natural talent. He does not retouch his works too often as the weather and the milieu are rather differcult, time is of the essence to capture the image and as such he will often repair to his studio to finish the work.'' - Paul Moore (Magazin Art 2001 no.14)