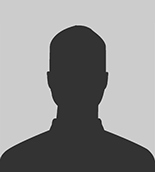 Hal Ross Perrigard was born in Montréal on the 3rd of January 1891, and has always been interested in arts and paintings. He studied at the Royal Canadian Academy (RCA) under Maurice Cullen and William Brymner.

He got admitted at the Royal Canadian Academy in 1913 after submitting a landscape painting. He settles down in his studio on Sainte-Catherine West Street and later moves to Westmount.

In 1923, he exhibits is piece Lalage at the Exposition du printemps Springtime Exhibit in Montréal. This piece is later bought by the National Gallery of Canada. On the same year, he settles in a new studio in Rockport, Massachussets. He will keep working in both Rockport and Montréal until his death.

During his career, he created multiple murals for the offices and hotels of the Canadian Pacific Railway, for various private companies and public buildings.

In 1926, he won the contest organized by the Royal Canadian Academy to create a mural to decorate a waiting room in the Windsor station. In 1939, he painted the mural in the Canadian pavilion for the New York World’s Fair.

Perrigard passed away in Montréal on the 23rd of April 1960.

His paintings are simple, realistic and colourful. He works with oil, watercolour, pastel and charcoal. He was a member of the Montréal Art Club (1917), of the Rockport Art Association (1923), of the Royal Canadian Academy, the North Shore Artists Association of Gloucester, the Artist Guild of Canada, the Pen and Pencil Club, the Beaver Hall Hill Group, and he exhibited with the Ontario Society of Artists. He was also the director of the Rockport Art Association Gallery from 1930 to 1935.

His works can be found in the permanent collection of the National Gallery of Canada in Ottawa, in the Musée National des Beaux-Arts du Québec and in numerous private collections in Canada, the USA, England, Holland, Belgium and Australia.