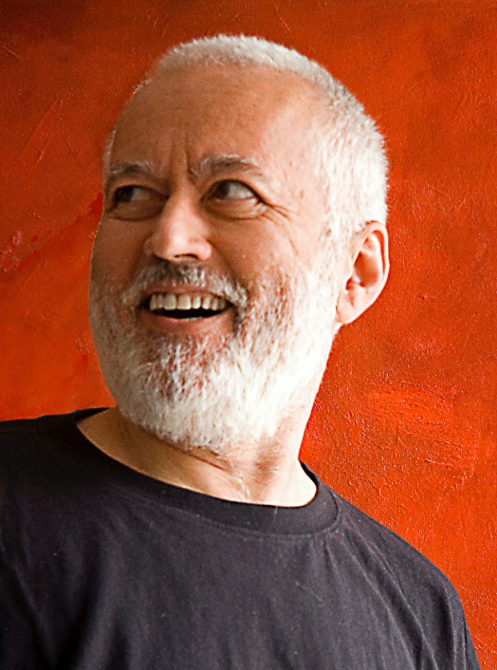 Vladan was born in 1955 in Nis, Serbia. He has a natural eye for art; one of his earliest memories as a child was his preference for a pencil and paper over the usual toys. Vladan studied painting and printmaking amidst other art professionals in Belgrade. In his mid twenties, he was meandering between the electrical engineering as a ‘practical’ career, and painting for numerous shows in East Europe. Before the age of thirty, he became a full time fine artist in Belgrade. After arriving in Toronto in 1993, he began painting murals for commercial and residential spaces, and participated in numerous local art exhibitions. Since 1995, Vladan has worked in the animation industry creating digital image backgrounds. For seven years, between 2009 and 2016, he was an art instructor at the College of Animation, Art and Design in Toronto.

While the majority of his work is based around the female figure, he argues strongly against any allusion to portraiture, explaining that his compositions represent archetypes of femininity rather than an individual woman. Nevertheless, he commissioned numerous portrait paintings. Apart from figurative, Vladan explores abstracts, landscapes, cityscapes, and digital arts.