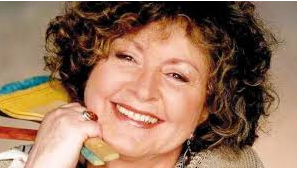 Lyse Marsan was born on Christmas Day, 1947. She is a signatory member of the Institut des arts figuratifs of Québec (Institute of Figurative Arts). She has been painting for over 40 years, and has been dedicated to it full-time since 1991 in her studio, which is located in Saint-Séverin-de-Beauce, Québec. Throughout her career, she has participated in many solo and collective exhibitions in Québec as well as in Europe. She has won numerous awards, including the "Prix de la Francophonie" in Châtellerault, France, in 1997. In collaboration with the National Society of Fine Arts, her work was exhibited twice at the Louvre Museum’s Carrousel du Louvre in Paris. In the 1999 edition, she was awarded the Gold Medal for Merit and Dedication and in 2000, she received a Merit from the Jury. In 2008, the Federation of French Culture awarded her the Vermilion Medal for her performance in the Art en Capitale exhibition at the Grand Palais. In 2009, she was granted the title of Master Academician of the Québec International Academy of Fine Arts. In 2015, she was awarded by France the prestigious title of "Artist of the European Community" for her whole contribution to the arts throughout the past 40 years.

Lyse Marsan works using different media, like natural pigment powders, gold leaf, copper, glazing, pencil, ink, etc. Like the great masters of the past used to do before the invention of the tube of paint, Marsan makes all her colours herself in her studio using natural pigments; a craft not many living artists can claim to master. The artist says this technique grants her more freedom of creation, as she can decide the saturation and brilliance of the colour she uses instead of the tube deciding for her.

Her collection Carpe Diem, which depicts trees of life, is an ode to peace. The idea came to her when her husband brought back from Europe the fragment of a bombshell, which she decided to use as a vase for flowers. The idea was to transform this object of destruction into a symbol of peace; to replant a seed that was used to spread death, but this time to have it bring life. Her newest collection, Le regard des autres (The Vision of the Others), depicts scenes symbolizing different aspects of the society in which we live throughout the narrative paintings that each tell a different story, starring marine animals. The fish a strong signification for the artist: being the first vertebrate from which the human descends, it is an incarnation of the taste for adventure which we have lost today.

Lyse Marsan is also an author and it reflects in her paintings, which are all imbued with a rich narrative aspect and a strong symbolism. Nothing in the composition is insignificant, even the smallest detail has a meaning. More than just decorative work, Marsan’s art is an invitation to dreams, contemplation and above all, imagination.